The life of Frank Vanik, who lived much of his life at 2438 Eager Street, provides a glimpse at the progression of industry and technology during turn-of-the-century Baltimore.

By the time Frank emigrated from Austria in 1891, he was 21 years old and had learned a trade: blacksmithing. The 1900 census lists him as a blacksmith, and R.L. Polk and Co’s Baltimore City Directory from 1899 shows that he worked out of his home at 1012 N Durham Street. It’s likely that he was a neighborhood blacksmith, serving the Bohemian community that was settling in the neighborhood just to the north of the newly opened Johns Hopkins Hospital.

In 1910, Vanik was still working as a blacksmith, but he had moved out of his home shop to a larger machine shop. Without romanticizing and speculating too much, we can read Vanik’s transition from a small home-based blacksmith shop to an industrial machine shop as representative of the times, as industry, thirsty for skilled labor, sucked up capable hands.

By 1920, Vanik had moved into 2438 Eager Street. He was still working as a blacksmith, but he had moved on to work at a shipyard. Frank’s sons, Rudolph and George, also worked at a shipyard. It’s possible, maybe even likely, that the Vaniks worked at the Bethlehem Sparrows Point Shipyard. There’d been steel production on Sparrows Point since 1899, but Bethlehem bought the plant in 1916, eventually turning it into the biggest steel mill in the world- at it’s height, in the 1950s, the plant employed nearly 31,000 people. The shipyard went on hiring sprees to churn out ships during both World Wars, so it’s possible that Vanik came aboard when Bethlehem bought the plant and stayed on through the 1920s. 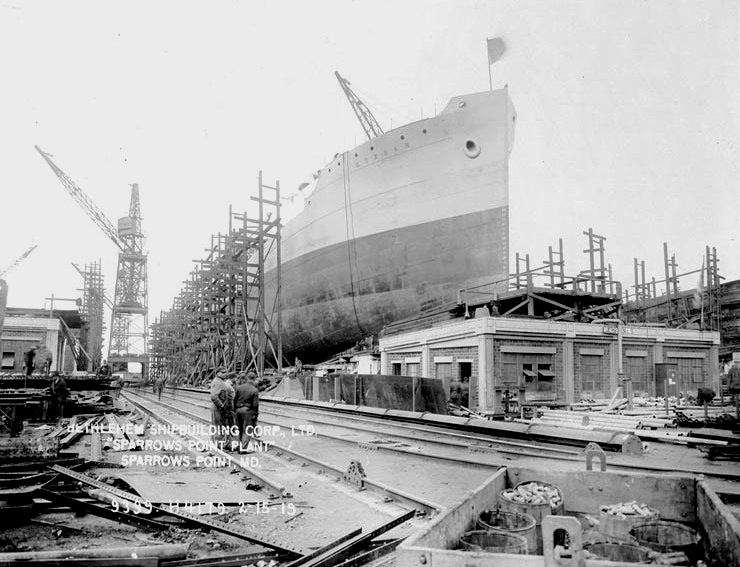 A ship at Sparrows Point in 1919. (Image courtesy of Wikimedia Commons)

By 1930, however, Vanik was no longer working at the shipyard. He was 60 years old, still blacksmithing, but his career path mirrored the steady rise of another 20th century phenomenon: the car. Frank is listed as a “blacksmith” at an auto repair shop- this may sound strange to our modern ears, but blacksmiths found a natural extension for their craft with the rapid rise of the automobile. Blacksmiths were urged to adapt in order to remain relevant. Blacksmith and Wheelwright, a trade publication, took the lead in suggesting an evolution of the trade, cribbing from Longfellow’s famous poem, “Village Blacksmith”:

He heard the chuf-chuf-chuf and said: where is my business at?

The road is full of horseless things, and bikes and such as that…

All must at times get different tools, the world will never wait,

If we would live the strenuous life we must keep up to date. 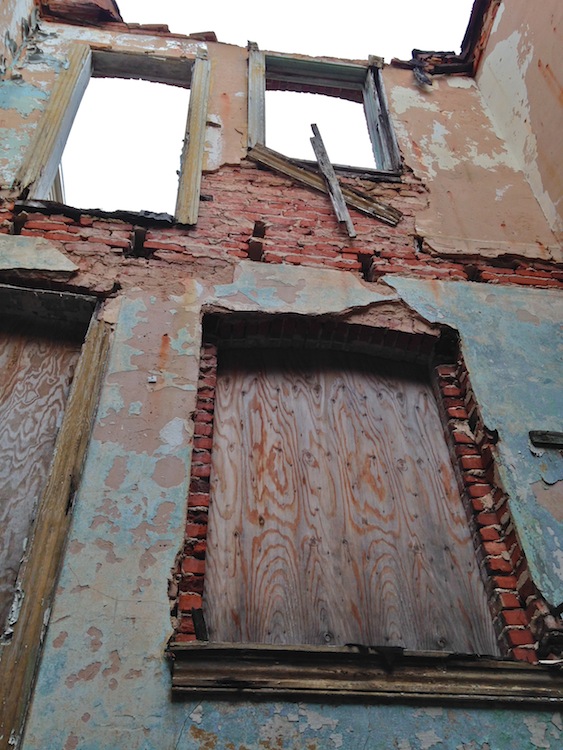 The rear wall of 2438, Frank Vanik’s house, as seen from the inside